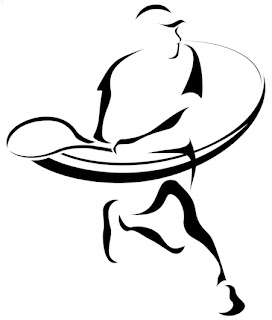 There’s something about tennis that sets it apart from any other sport — at least for me. From early childhood I knew that this was going to be “my” sport, though it wasn’t until age 12 that I finally started taking lessons.

We still used wooden racquets back then, and were brought up to honour what has always been regarded as the true gentleman’s game. If we so much as kicked a ball on court or banged our racquet on the ground, our coach would ban us from the court for a week. We were reprimanded even if we failed to applaud an excellent winning shot by our opponent! The way one carried oneself on the court, the way we held our racquet, were all indicative of whether or not we were truly groomed in the sport. And yet, tennis has remained a game where idiosyncracy is the norm rather than the exception; every top player has a distinctive  style and can be instantly recognized just by the way they swing their racquet. Also, the game has continued to evolve, with rules being modified over the years to encourage fair and consistent play.

The leading players look lean, fit, alert and focussed — unlike some other sports where they all look beefy, brawny and brainless 🙂 And still the debate rages on — who was the greatest player of all time? Rod Laver, with his string of Grand Slam titles, the icy Borg, the consistent Sampras, the calculating Lendl, that maverick genius McEnroe, or the unflappable, elegant Federer? There are so many other legendary names, both male and female, whom tennis fans hold so dear, and whose exploits are recounted to this day.
Most of all, it is the unique combination of athleticism, grace and artistry that makes tennis the sport which always brings a smile to my face and a spring to my step!
Love all.
Sent from my iPhone